Today I will be writing a little bit about my family and where their roots began. My father's father was Giuseppe Napolitano who was born in the Parantoro section of Montalto Uffugo in 1892. The family of Joe in Chicago was very small. He only had 4 cousins here that we knew of. His wife, my grandmother, Caterina Maiuolo had a lot of family in Chicago.
Caterina Maiuolo Napolitano 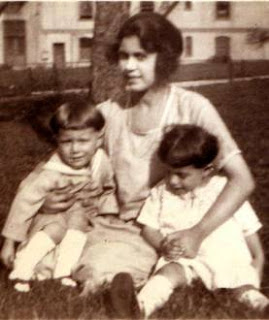 The family called her Kate. She was born in Cortale, Italy, located in Catanzaro Province in Calabria. Her father was Giuseppe Maiuolo who was an official of some sort with the town of Cortale. The family story says he was a tax collector. He died some time before his family came to America. Kate's mother was Natalina Scrugli who was born in Tropea around 1866. Giuseppe and Natalina lived in "Donnafiore" also referred to as "Upper Cortale".
My grandmother arrived in this country on Thanksgiving Day in 1905 on the ship Sicilia with her mother, Natalina Scrugli, her brother, Domenico Francesco and her sister Maria. She was 8 years old. You can see her ship manifest here . The family came to the home of Natalina's brother Gaetano. Soon after Natalina purchased an apartment building located on Loomis Street in the heart of Chicago's "Little Italy" neighborhood. Since a large portion of the family from Cortale and a huge portion of the population of Cortale came to Chicago, my grandmother was always surrounded by familiar family and friends from Italy. 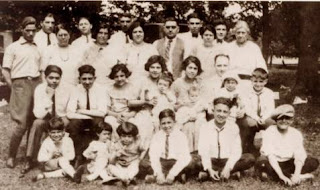 Her family was very close.
Natalina's apartment building provided the family with a steady income and all of the residents were from Italy. Natalina sponsored many Italians which enabled them to come to this country. Among the tenants in her apartment building was Rocco Napolitano the cousin of my grandfather, who recommended a flat there to my grandfather. That is how my grandfather and grandmother met. In the lower level of the apartment building Natalina had a butcher shop. A very different life than the life she had in Cortale! In Cortale they owned properties and employed servants and dress makers to clothe them. In Chicago they had to do the work themselves or purchase their clothes. When my grandmother was a teenager she began a nut shelling business and employed her nieces and nephews to help shell the nuts. She sold the shelled nuts to local bakeries and candy companies.
Giueseppe Napolitano
I am not sure when my grandfather came to this country. A ship manifest has never been found for him. He was living in Paola, Italy in 1912 when he took, and passed his physical for the Italian Army. My best guess is he came here shortly after that. The family story was he followed his cousin Concetta Garrafa here. After Giuseppe's mother died in 1907, he was taken in by Concetta's father and step mother to live with them. Concetta and my grandfather were very close. She was the closest family he had in this country. In 1917 Giuseppe joined the United States Army and served in Camp Gordon near Atlanta, Georgia. During his stay there the base suffered an outbreak of influenza that was plaguing the world that year. He was honorably discharged in late December, 1918. The following April he married my grandmother in Chicago. 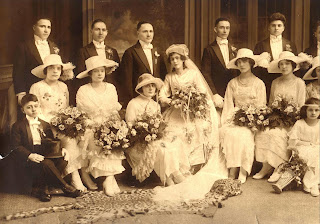 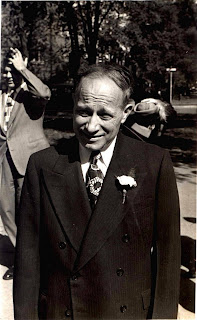 In my childhood we were surrounded by so much family it was unclear to me exactly who all these people were and how they fit in to our family. I would ask my dad, my aunts and uncles and no one knew. A cousin would always be the response but no one know who or how they were related to. My grandfather's family on the other side was small and mostly unknown to us. We knew so much about my grandmother's family and where they came from. But my grandfather's family was a complete mystery. A little orphan boy whose parents died when he was young, a cousin (we knew) named Concetta whose father took him in and a sister he left his farm to when he came to this country. That is all we knew. I always thought that was so sad. And it left a big hole in my family. It also left my father with regret. So many questions with no answers. That is why my heart has always been in Montalto with the family of my grandfather. A family I now know so much about!
Posted by Cathy at 1:08 PM