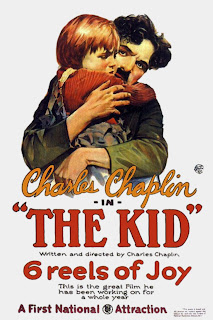 The movies have a long history dating back to the 1890's when the first short films were made. During the silent film era the "movie star" was born. By the early 1920s it was a profitable booming business. Young men and women began flooding Hollywood in the hopes of becoming the next big star seeking fame, fortune and adventure. In 1921 a film came out titled "The Kid" starring Charles Chaplin and a very young boy named Jackie Coogan. The film was huge and as a result, mothers everywhere began bringing their children to Hollywood in the hopes of their child becoming the next young star.
This film inspired members of my own family. Frank Maiola was my father's uncle. He and his wife Anna (Bova) Maiola had 4 children. Their first child named Joseph was born on 10 October 1918, followed by a daughter they named Natalina on 7 August 1920. Anna became pregnant with their third child but two months into her pregnancy the six month old Natalina died. That September she gave birth to a baby boy named Frank Jr., however, six months later, he died also. 1925 saw the birth of the last child of Anna and Frank whom they named Robert. Both Robert and Joesph lived well into adulthood, married and had children. 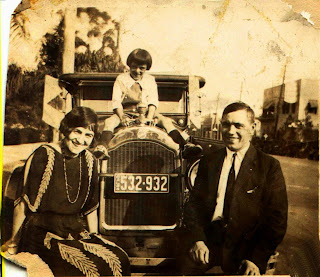 Before the birth of Robert, and after the deaths of Natalina and Frank Jr. Anna and Frank packed up their son Joseph bound for Hollywood hoping to make young Joe a child star. The photograph shown here was taken in Hollywood of Anna, Frank and young Joe to mark their trip. You can see in the photo that young Joe had a haircut very similar to the style Jackie Coogan wore in the popular 1921 movie The Kid. According to family stories I heard, the family stayed in Hollywood for a few months. Young Joe never got his big break or a movie. But as this photograph clearly shows, the young family had a wonderful adventure in Hollywood which was relived many times by telling the stories of their adventures in Hollywood during a very exciting time of the young budding industry. Although I recall many stories being told of this adventure, I do not recall enough details to retell them.