Google Earth As a Genealogy Tool 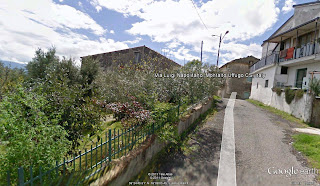 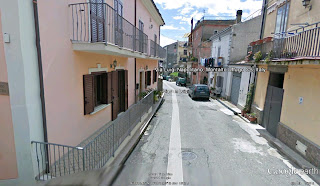 For many years I have been using Google Earth and other map sites to see images of my ancestral home towns in Italy.  I have been to New England many times and saw first hand the places my mother's ancestors lived as well as their burial sights.  Many of the buildings and landmarks my New England ancestors saw are now gone, although in some areas, much has been preserved. Google Earth has proven very useful in my research into my Italian family.  Unlike New England, many of the buildings and structures like Churches and monasteries have been preserved.  New buildings and homes have been erected as well, but much of the town of Montalto Uffugo looks as my grandfather and his grandparents saw it.
Google Earth allows you to travel down the streets and view the landscapes and buildings.  You can point and click in any direction and view the streets almost as if you were there.  I have traveled the streets virtually via Google Earth so many times, I feel as if ,when I do finally go there, I will know exactly where I am going. 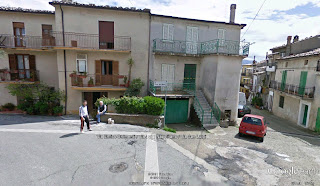 A long time ago before I knew the name of the town my grandfather, Giuseppe Napolitano was born in, I found the name of a street in Montalto Uffugo that was quite interesting to me. The name of the street was Via Luigi Napolitano.  At that time Google Earth did not have street views of Calabria.
As I was virtually traveling the streets of Montalto Uffugo recently on Google Earth, I found that street again. Not only can I travel the street and see it, but now I can see the streets that intersect it.   I often have wondered who  that street was named after. The names of some of the intersecting streets may hold clues.  Names I know like Via Enrico Chimenti and Via Francesco LoFeudo.  There were 8 men named Luigi Napolitano in the town between the 1700's and 1910.  All of them were related to me and one of them I descend directly from.  I am sure I will find a way to discover which Luigi the street is named after.  For now I will have fun guessing by searching the records for names of neighbors of all the Luigi Napolitano men and my files and records on the Chimenti and LoFeudo families.
If you know location names, or addresses you can view the ancestral homes of your family and see the views they saw from the comfort of your own home.  You can see for yourself where they lived, which churches were the closest to their homes, how far they had to travel to town, work or other locations they may have gone. The local foliage and fauna can even offer clues into what they grew and ate.  The vast fields of olive trees, chestnuts and fig trees explained to me how many of our family customs were rooted in the mountains of this Calabrese town. As a child, every big meal included olives, figs and roasted chestnuts!
For now I am enjoying the images of the town my grandfather and his ancestors lived in for at least  6 generations.
All the pictures on this page are of Via Luigi Napolitano in Montalto Uffugo, Cosenza, Calabria, Italy. 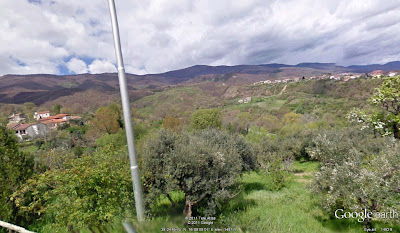