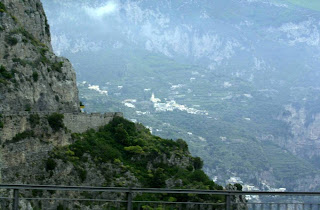 The descendants of Cosenza Province, the northern most province in Calabria have been truly blessed. The Archives in Cosenza have been working for a few years now to digitize and make available of the Stato Civile (State Civil) records of birth, marriage, death and the military Lista di Leva records available online. As if that was not enough, they most recently have put the Catasti records for the majority of the entire province online. These records will allow the descendants of the province to trace their lineage back though the 1700's if they are lucky, from the confort of their home. The catasto records available from the mid 1700's can provide a little information that is useful. I have myself found the names of the parents and siblings of some of my ancestors as well as details regarding the property they lived on. Since the civil records begin in 1809, the Catasto records may be the only resource for people with roots in Cosenza to go back any further in their ancestry. With no church records available through the LDS microfilm collections for Cosenza Province these records are the oldest available with the exception of the church records I have put online for Montalto Uffugo.
Using Arcangelo Napolitano as an example, I will demonstrate what you may be able to find. Before the archives put the Catasto online, I was given all the images for the Catasto of Montalto and it's frasione of Vaccarizzo. In the Montalto Catasto, I found Arcangelo and his wife, Rosa Scarlato in the "Forastieri abitanti" section. Forastieri means stranger - someone not born in the town and abitanti indicates that they are living there. Viewing this record, I learned he was born in Belsito and was 30 years old which allowed me to verify his birth year. Living with Arcangelo in his household was his wife Rosa Scarlato, aged 22, his 2 year old son Bruno, his 1 year old daughter Teresa and his sister Marianna, aged 18. Other information listed in his record stated he had olive trees on his property and the property was called "Li Crocchi". Since the catasto is a record done for tax purposes, I also learned what he was taxed on and how much. The catasto for Montalto was documented from October 1748 through March of 1749. When the archive put the catasti up for the province I saw the Catasto from Arcangelo's place of birth, Belsito, was done in 1742. I looked at each page until I found him. This record provided me with his mother's name, Teresa Ortale, and her age as well as her father's name (Arcangelo's grandfather), Giovanni Ortale since they were living on his property. It also provided the names of 2 more sisters. Although I knew the name of his father already from other records, the absence of his father shows his father was already deceased in 1742. Searching for the father of his mother, Giovanni Ortale I also learned the names of a few of his other children and their ages and gave me a birth year of 1642 for Giovanni. Because of these records, I was able to obtain names and approximate birth years for 3 generations as well as a place of birth for Arcangelo. Unless church records still exist prior to this date this is as far back as descendants will be able to go, however, thanks to the vision of the Archives of Cosenza, these precious records are now forever preserved for future generations. It is a shame that more churches have not yet taken steps to do the same.