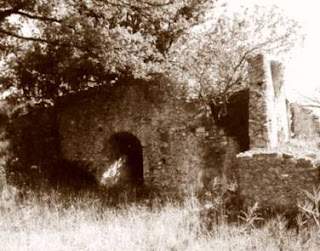 In a few days I will meet some Napolitano cousins from Toronto so I thought it would be appropriate to write about the Napolitano's today.
For years I have been chasing the Napolitano's throughout Cosenza Province in Calabria. The surname in Italy is fairly common, however, in Calabria it is not. During the time period I have been researching, the only Napolitano's in all of Calabria lived in Cosenza Province. The majority of those were in Montalto Uffugo where my grandfather was born. When I began I was overwhelmed by the huge number of Napolitano's in the town and one by one placed them in family groups until I had all of them in 3 different families.
Thanks to a young man who found me, Francesco, I have been able to view records even further back than the civil records. So now I know the first Napolitano in Montalto was Arcangelo, son of Giacomo. In 1749 my Raffaele (son of Paolo) should have been living in Vaccarizzo. So where was he? Then I was told Vaccarizzo is missing from the Catasto of Montalto! Arcangelo was born in Belsito. But who was this Arcangelo and is he related to me? And why were there no Napolitano's living in Belsito by 1809? More questions, do they ever end? I have found so many incorrect names of parents listed on death acts, I have to wonder if Paolo was truly the father of Raffaele. Raffaele was 98 when he died so I have to wonder if anyone really knew who his father was. I do know Raffaele was living in Montalto just a few years after the Catasto in the Vaccarizzo frazione.
Raffaele and his wife Diana Corno were listed as Godparents on a baptism just prior to Diana's death in 1777. The baptism said they lived in Vaccarizzo. The Catasto could answer where Raffaele was born and who his father was. Perhaps I could even find his father there and the name of his mother.
What is clear is all the Napolitano's from San Fili, San Vincenzo La Costa, San Benedetto Ullano and San Sisto descended from Raffaele Napolitano or Arcangelo Napolitano who lived and died in Montalto. By 1910 they had hundreds of descendants each.

It would appear my access to records any further back has been exhausted so no one will probably ever know. The mystery of the origins of the Napolitano in Cosenza will forever remain unknown.
Posted by Cathy at 9:34 PM